Unyon ng mga Manggagawa sa Agrikultura (UMA) bemoaned the continuing need to explain how disastrous the Marcos dictatorship had been for the country, especially so for Philippine agriculture. The federation was particularly incensed by the gall of the dictator’s son, national nuisance and presidential wannabe Bongbong Marcos, to whitewash his father’s crimes against the peasantry and bewail the sorry state of domestic agriculture as if his family had nothing to do with it.

“Agrarian reform under Marcos did no good for our farmers, and neither did his rice productivity program Masagana 99. In fact, these platforms provided a blueprint for Philippine agriculture’s ongoing collapse,” complained Antonio Flores, chairperson of UMA. “Marcos planted the seed for imperialist control over what should grow on Philippine soil, and how. His dictatorship was not for his gain alone, but also for that of his foreign masters—and Bongbong was not too young at the time to realize any of that.”

Presidential Decree 27 (PD27) was proclaimed in October 1972, just a month after the declaration of martial law. The policy singled out fields that had grown rice and corn, the country’s top food staples, but exempted around four million hectares that yielded high-value crops (HVCs) like sugarcane, coconut, and tobacco. Landlords affected by the decree were given leeway to convert their crops, evading distribution with ease. It also foisted requirements on farmers that hindered them from becoming beneficiaries.

Most importantly, land distribution was not free; all their Certificates of Land Transfer (CLTs) could guarantee was the right to purchase the land supposedly accorded them, as if farmers hadn’t earned it yet from decades of tilling while being at the mercy of landlords. With no provisions for free land distribution, PD 27 was a model for Aquino’s subsequent Comprehensive Agrarian Reform Program (CARP) begun in 1988, which also imposed amortization fees on beneficiaries who couldn’t afford them.

Masagana 99, on the other hand, was Marcos’ scheme for increasing rice productivity, but only insofar as it tied the soil to imported inputs without which high-yielding varieties (HYVs) of seeds would not work. While it did increase rice production, the increase was as unsustainable for farmers as it was poisonous for the land. It drove peasants into debt, killed traditional and heirloom varieties of rice, and exposed communities to the hazards of chemical fertilizers and pesticides. Only big landowners and transnational agri-business corporations got anything out of the farcical ‘green revolution.’

“Now look at where we are: Nine out of 10 peasants have little to no land of their own to till, and their diminished ability to produce food staples, stemming from their lack of sovereignty, has put food security on the line,” lamented Flores. “These landless farmers are forced to take on low-wage agricultural work in haciendas and plantations, with neither benefits nor security of tenure.” The lowest recorded wage of a sacada under the Duterte regime was P9 for over 12 hours of work in a day.

The peasant leader also excoriated President Duterte for promoting the same crop conversions PD 27 had given way to. CARP had already allowed 1.2 million hectares to be trapped in lopsided agri-business venture agreements (AVAs) for HVC production in corporate plantations; by targeting 1.6 hectares more for plantation expansion, Duterte would be promoting the corporate hijack of at least 1/5 of the country’s agricultural land, aggravating feudal landlessness and domestic food insecurity further.

“Clearly, Philippine agriculture has not moved on from the damage inflicted on it by Marcos. Neither has the peasantry, whose ranks suffered so many extra-judicial killings under his reign. What right does Bongbong have to demand that the country move on from their family’s atrocities?” asked Flores. “All he is in the position to do is acknowledge the crimes he was complicit in, return the wealth they had plundered, and allow himself to be arrested. He can rot in the same prison as his buddy, Duterte, who still idolizes his father.”

Flores urged all sectors allied with the peasantry to “slash the Marcos family’s legacy of lies.” He concluded that, while refusing to vote for the nefarious Duterte-Marcos axis was urgent, it was equally important to hold the fascist family accountable at all times, whether it was election season or not. And in doing so, we must exhaust all efforts—from the ballot to the streets—to end the dynastic Duterte family’s rehabilitation of the Marcoses, and the ongoing repeat of their tyranny. 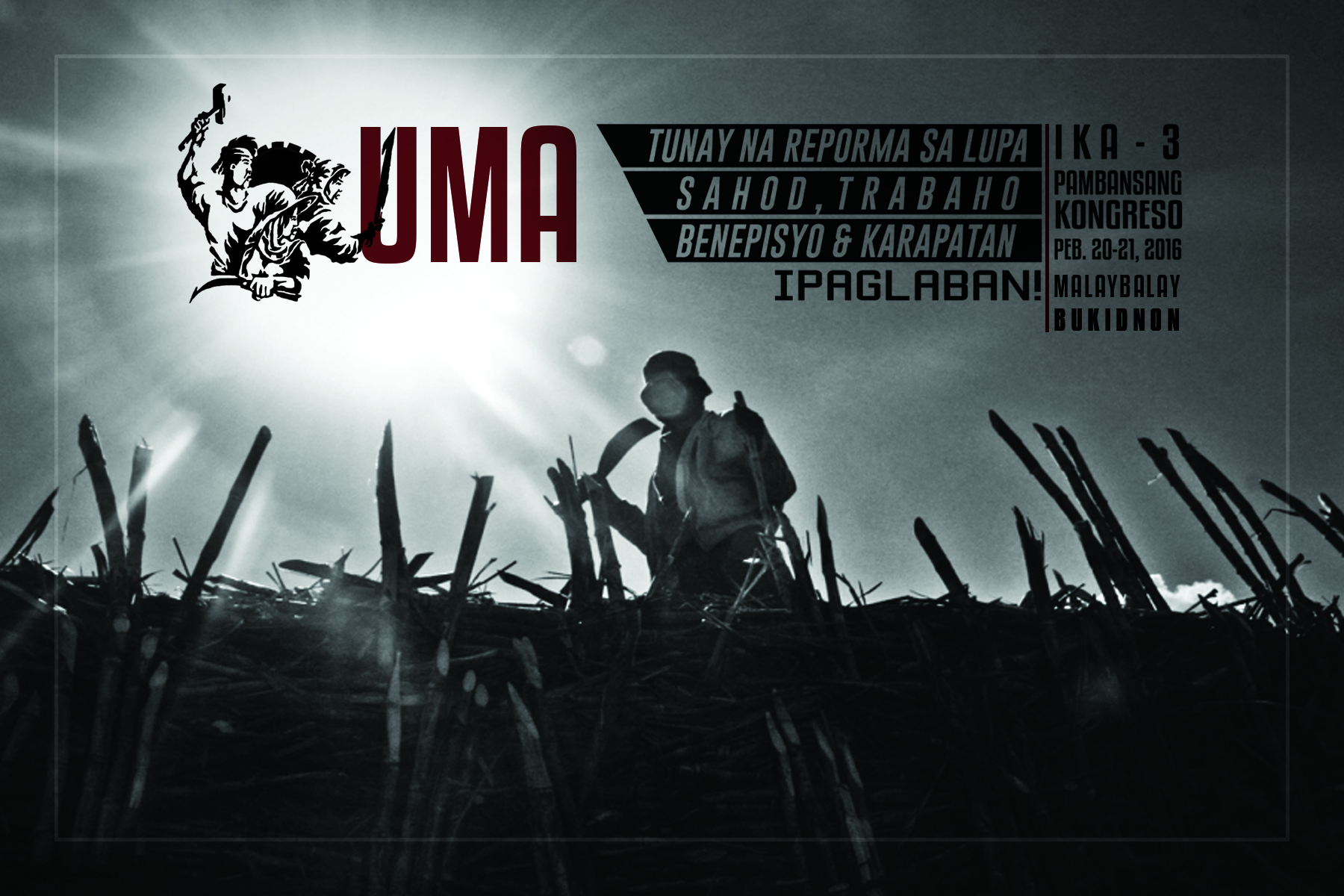